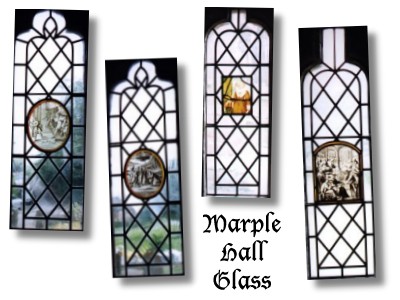 The demolition of Marple Hall in the late 1950's was a tragic loss to Marple's heritage. 300 years of history swept away almost without trace is a sad reflection on the Council of that time and also the members of the Isherwood family involved. That so little remains in Marple today to remind us of this historic place is deeply disappointing, as is the disgraceful vandalism which brought about the hall's demise.

In 1954, when Marple Hall was derelict and abandoned to the vandals, thankfully someone had the foresight to preserve a small part of the treasures it contained. The stained and painted glass shown here was salvaged from the entrance hall and reinstalled in the vestry of the ancient Church of Bunbury in South Cheshire, where it remains to this day.

Details of the salvage operation were published in CHESHIRE LIFE magazine in April 1954. To see the glass in close-up click the thumbnails of each window for an enlarged view: 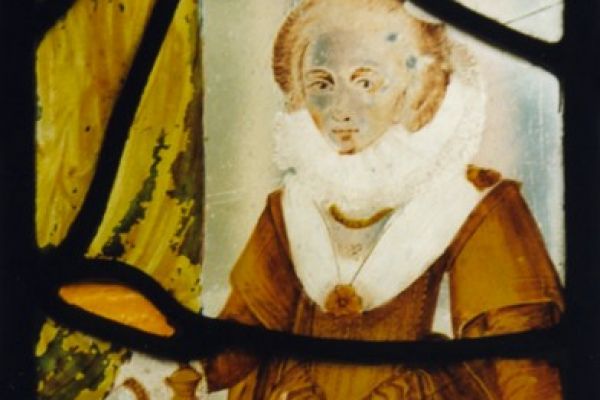 Two diamonds of 3.5 (9cm) sides. These are understood to represent the Arms and Crest of the Legh's 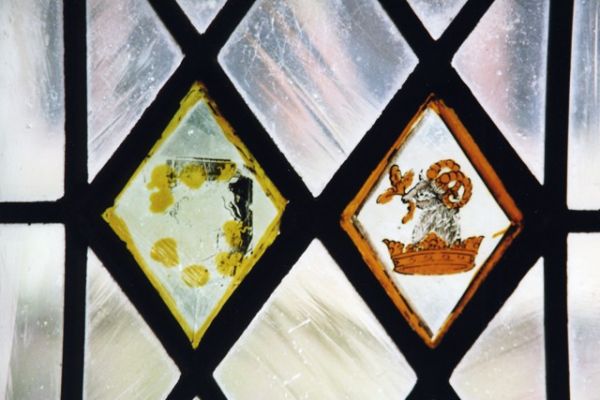 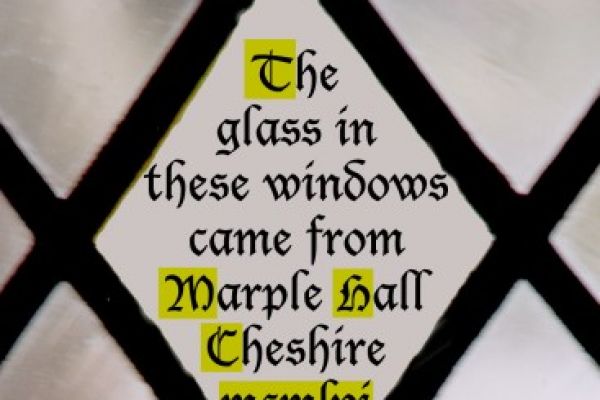 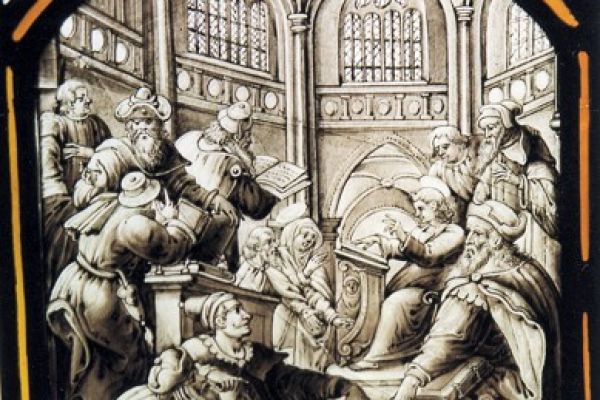 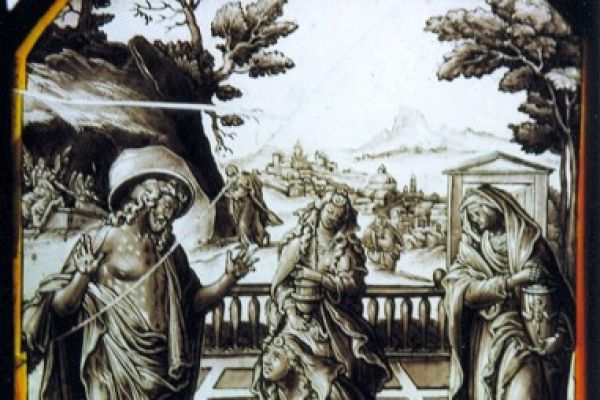 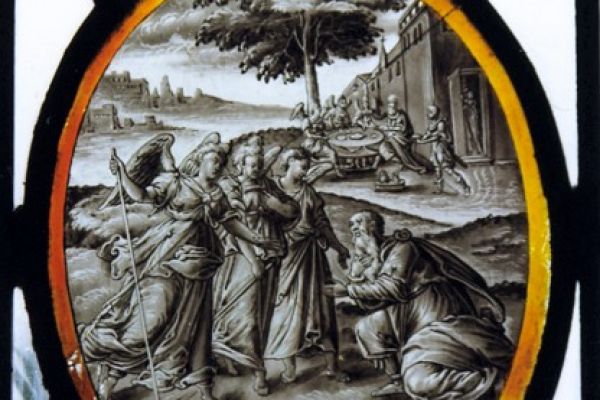 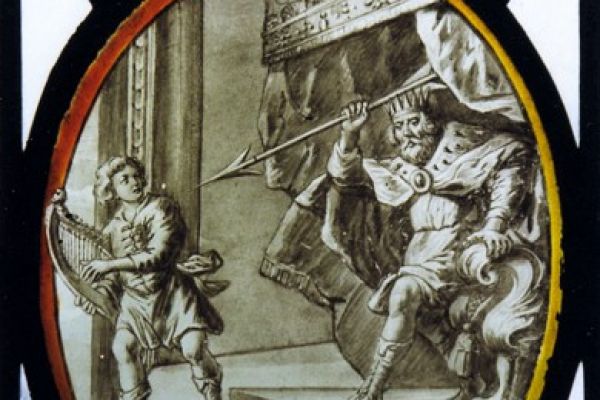 The south windows of the Vestry. 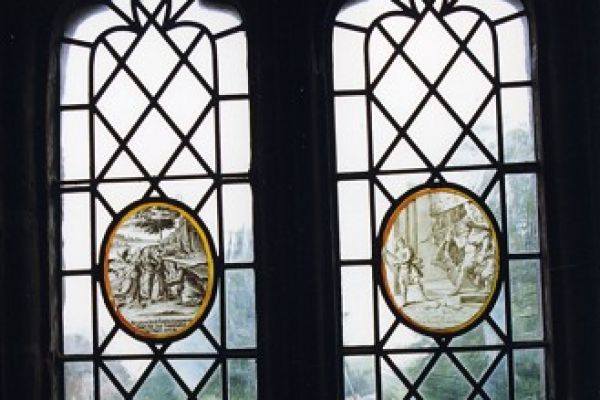 The north windows of the Vestry. 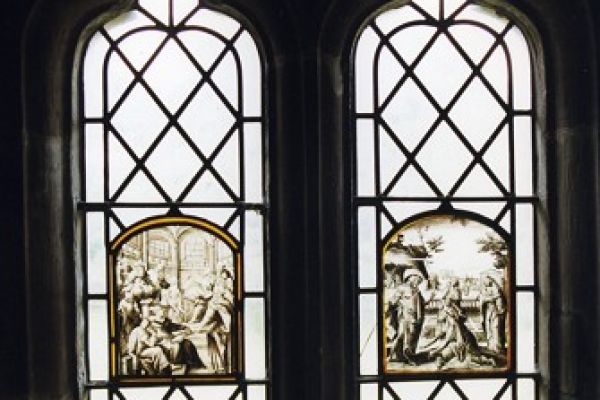 The Vestry of Bunbury Church. 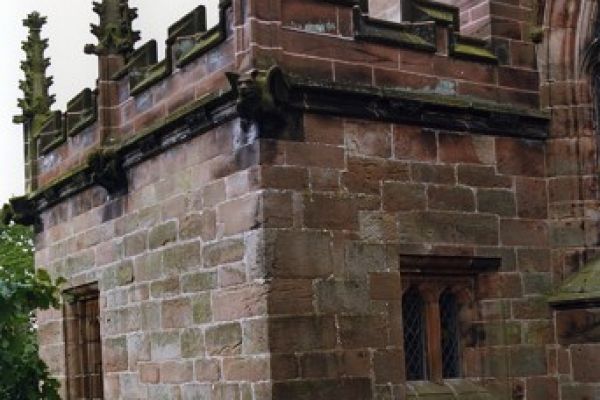 The connection between Marple Hall and St. Boniface's Church in Bunbury is that John Bradshawe, Lord President of the Court that condemned King Charles I to death, and Marple's most famous son, received part of his education at Aldersey Grammar School in Bunbury and attended the church during this period.

In January 2001 a set of photographs of the glass were added to the Heritage Section of the Marple Library above the shutters from Marple Hall and an article about it was also published in the local Community News.

Special thanks to John Elsworth - St.Boniface Church Warden and Peter Crump - Webmaster for their hospitality whilst allowing access to the vestry. Also to local photographer David Brindley for his company and skill with the camera.