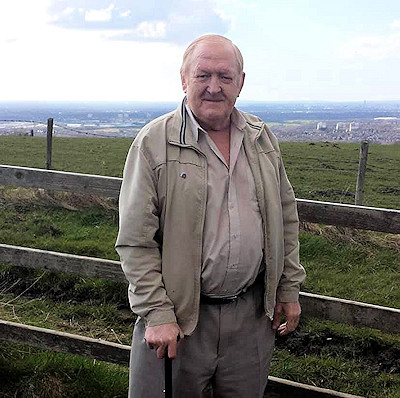 In May 2019, Norman Bright, a long-time resident of Outram Close, Marple, sadly passed away at the age of 72, leaving no known family or relatives.

Norman was quite well-known around Marple and was fortunate to have a good neighbour in Daz Clayton, who lived next door. Daz not only went out of his way to help Norman when he was having accomodation and health problems in recent years, but also dealt with the task of arranging the funeral and clearing Norman's rented home after he died.

It was during the house-clearance that Daz discovered a number of vintage slide projectors, two reel-to-reel tape recorders and an old suitcase full of 35mm slides and reels of magnetic tape. None of the equipment worked, so it was impossible to hear the tapes and difficult to view the slides. However, during a cursory look through some of the slides Daz did find that there were quite a lot of local scenes and some great photos of a 1967 Rally of Boats at Top Lock. It was this that prompted him to get in touch with the Marple Website, in case some of the material was suitable for the Virtual History Tour.

It turns out this was all the work of Norman's mum, Hilda Bright

Initially we assumed that Norman had been a bit of an amateur photographer back in the day but had lost interest and this was his work from long ago. But closer examination of the slides revealed we were wrong - the amateur photographer had actually been Norman's mum Hilda. There were literally 100s of 35mm slides in the suitcase, mostly taken during family holidays in Scotland, Ireland and Spain in the late 60s and early 70s, but also quite a few local scenes and events too.

The sound recordings provided a bigger challenge than the slides but one that had to be tackled because one tape was labelled as a number of local walks. Neither of the tape players from Norman's house worked, and they looked pretty unsafe too. Thankfully it was possible to borrow a functioning tape player and gradually work through and listen to more than a dozen very fragile tapes that would snap with little provocation. All except the one that was labelled "walks" turned out to be recordings of music from the radio, Charles Aznavour being a firm favourite of Hilda's it seems.

That Hilda's slide-show survived intact for over 50 years is amazing!

The tape labelled "walks" proved to be a hidden gem, with Hilda narrating a number of slide-shows that she had put together covering local walks and events. These were attended by Hilda, her friend Charlie (possibly her partner but we're not sure) and sometimes a friend called Margaret too.

Thankfully it was possible to make a digital recording from the tape and listening to this carefully allowed most of the slides that Hilda refers to during her narratives to be indentified. After careful consideration it was decided that the correct approach was to recreate the slides-shows unabridged and with all the original clunks, bangs and crackles included. So here they are, in two parts:

Part 1: Walks around Marple and District, and as far as Hayfield

Part 1 features walks around Marple, Marple Bridge, Roman Lakes, Mellor, Mill Brow, Rowarth, Hawk Green, the Ridge, Hayfield and Marple Dale. It also includes scenes of Marple in the snow at various locations around the town in 1967/68.  Listen out for Hilda's take on the Roman Bridge (and try not to laugh out loud) or the pretty coloured foam at Marple Bridge.

Part 2 features the 1967 Marple Rally of Boats at Top Lock and horses at the Poynton Show in the same period. At the end of part 2 is a selection of additional local slides from Hilda's collection that were not mentioned in the recorded narrative but are too good to omit (and shouldn't be missed!)

Slides were scanned / recordings converted to digital by Mark Whittaker of the Marple Website.

Thank you to Daz Clayton for saving Hilda's slides and tapes and to Terry Wood for the loan of his vintage reel-to-reel tape player. Special thanks go to volunteer videographer Anne Frazer, who kindly compiled and edited this material into a coherent video slide-show, merging Hilda's words and pictures together and getting very close to how she must have originally intended.

Any long-lost relatives of the Bright family?

If any distant relatives of Hilda and Norman stumble across this article and you are interested in having access to the rest of Hilda's slides from family holidays, please get in touch. 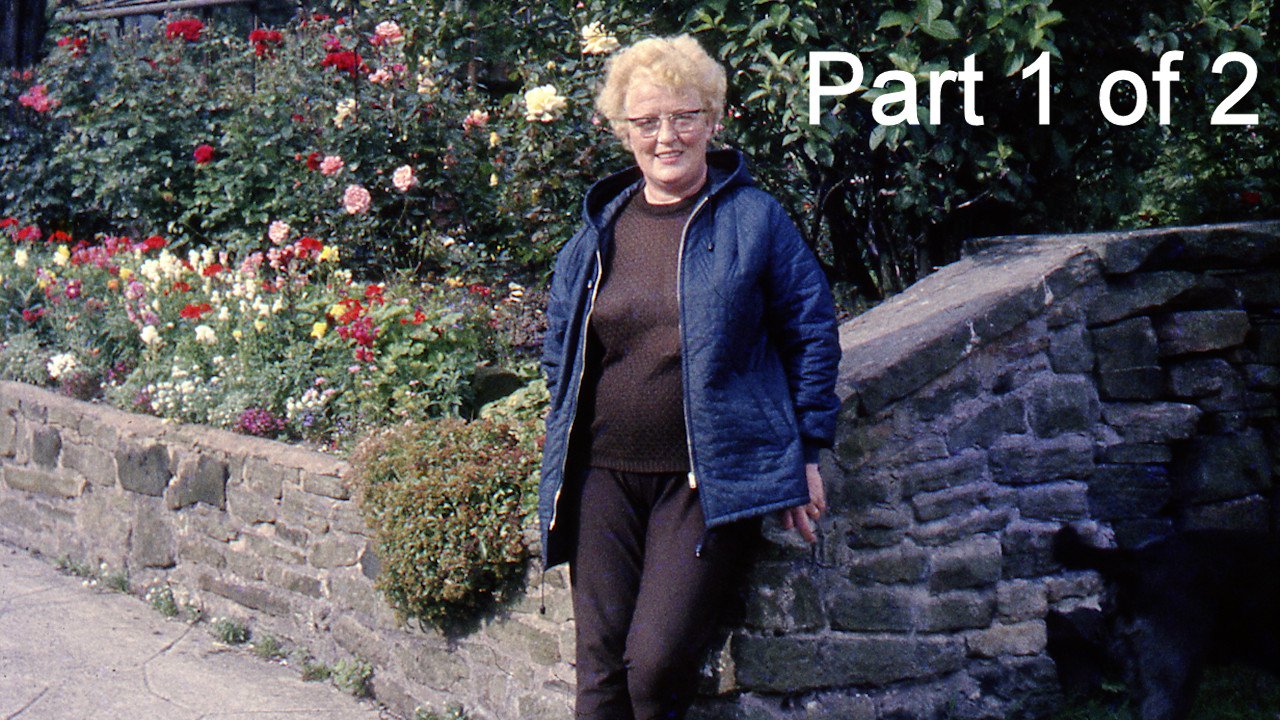 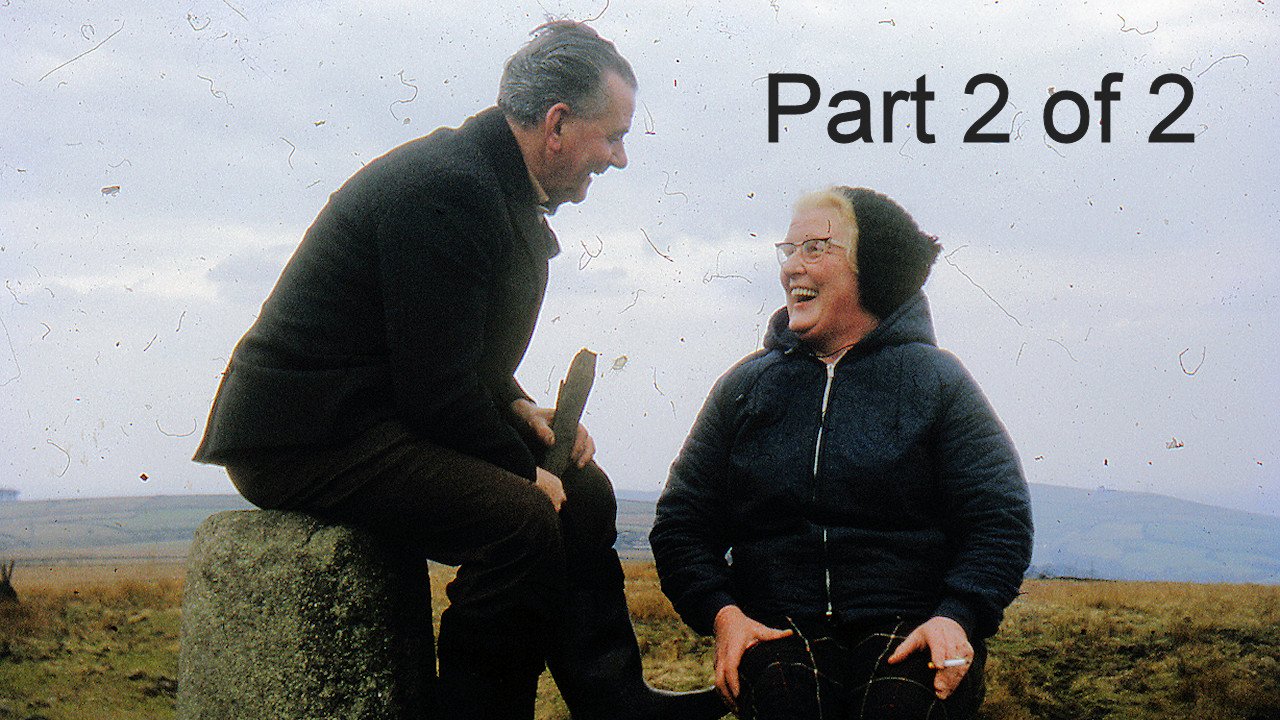