The Narrows was once a tunnel

Travellers on the Lower Level of the Peak Forest Canal heading towards Marple from the direction of Ashton-Under-Lyne, Dukinfield and Hyde, after passing through Hyde Bank Tunnel (like in the photo below), will soon have to navigate "The Narrows", which is one of the three starting points on this Virtual Tour that can be used by the boater to approach Marple Locks. 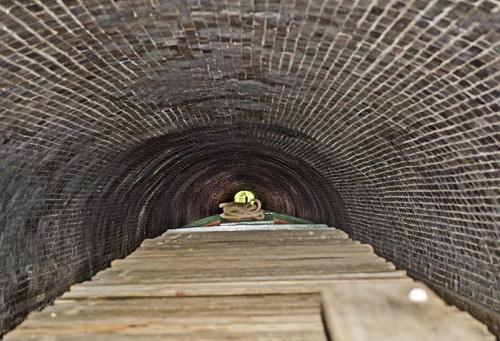 This 100 yard long cutting was originally called "Rosehill Tunnel" and would have looked just like the photo above inside, but towards the end of the 19th century the roof collapsed. The damage was so severe that it was decided to completely excavate the roof, turning it into the narrow open-topped cutting that gave rise to its present name. 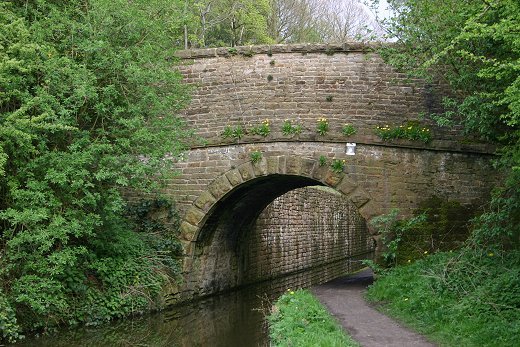 Entrance to the "Narrows", from the Romiley side.

This photo by Jake Taylor looking back at the "Narrows" in the direction of Romiley make it look like there is no water in the canal but it's an illusion created by the fabulous reflections. 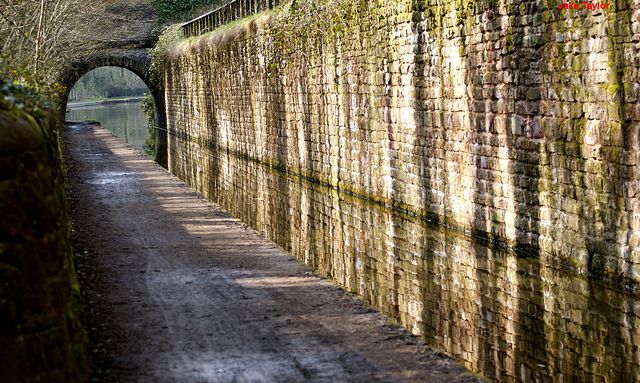 The "Narrows" as in is today

After "The Narrows" the canal widens again briefly before approaching probably the most significant of the many attractions on the Peak Forest Canal - Marple's Grand Aqueduct. The postcard below shows the same scene in the early 1900's with what appears to be the derelict shell of the first "Aqueduct Mill" on the right and what must be the remains of the Queen's Hotel nearer the centre. 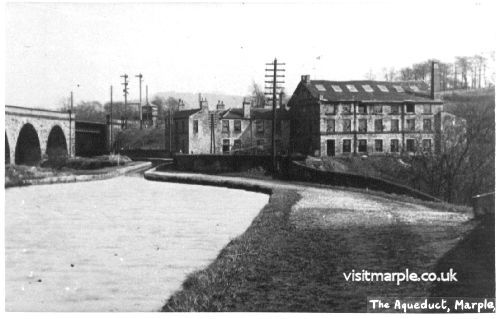 Aqueduct Mill and the Queen's Hotel in early 1900s.