On Saturday 15 May 1999 the Silver Anniversary of the re-opening of Marple Locks was celebrated. The event was a double celebration as it is also the bi-centenary of keying in the arches on the Grand Marple Aqueduct. The event was organised by British Waterways, who brought their boats Lindsay and Keppel to Posset Bridge for the day and free boat rides were available. In addition to the boats there was a marquee in Memorial Park with historical displays and stalls manned by canal interest groups. David Brindley was exhibiting his photographs in the marquee and selling the acclaimed volume "There's Froghall up the Caldon", written by himself and local author Jack Turnbull.

The celebrations were open by Andrew Stunnell MP and Adrian Sains, British Waterways District Manager. Audrey Smith of the Inland Waterways Association told the history of the decline and restoration of the locks and explained how close the canal and aqueduct came to being lost for future generations. A brass plaque has been produced to commemorate the celebrations and was on sale for £5. 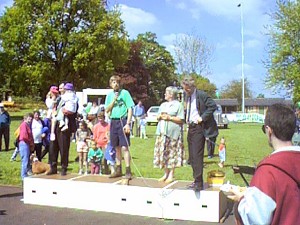 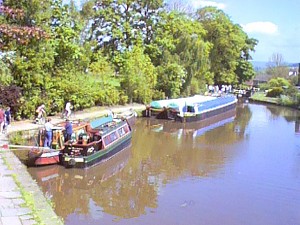 There was a Waterways Walk lead by British Waterways local representative David Frith which commenced from Posset Bridge. The route, which covered a distance of approximately 5 miles, proceeded down the locks to the River Goyt followed by lunch at Marple Lake, then back along the Upper Peak Forest Canal.