Bottom Lock is the first in Marple's flight of 16 locks that raises the canal a total of 209 feet to its highest level at Top Lock, nearly one and a half miles away. Each lock raises the water level by approximately thirteen feet. These locks are said to be the second deepest in the country, the average being only seven feet deep. 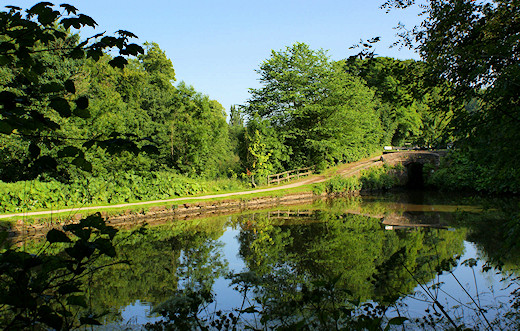 These before and after shots of Lock 1, taken from the 1967 Marple Rally of Boats programme, show how badly the condition of the locks deteriorated during years of neglect in the 1950s and 60s. 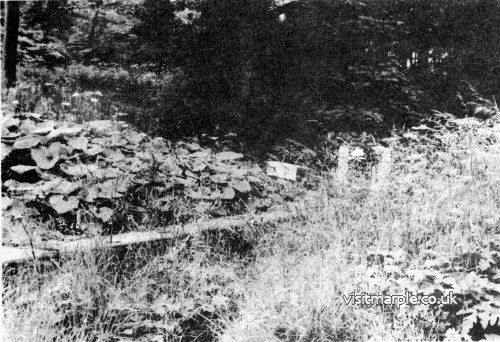 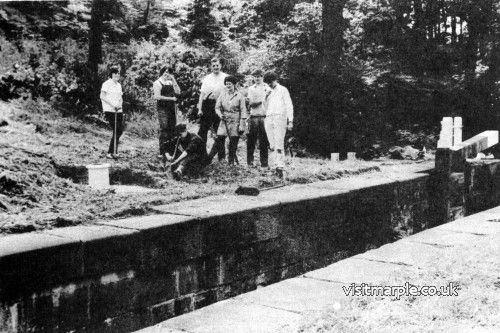 And after hard graft from a volunteer working party

Alongside Lock No. 1 is a private home called "Bottom Lock House", which was originally the Wharfinger's house. He was the official responsible for the maintenance and smooth operation of the locks, rather like a station-master on a railway. 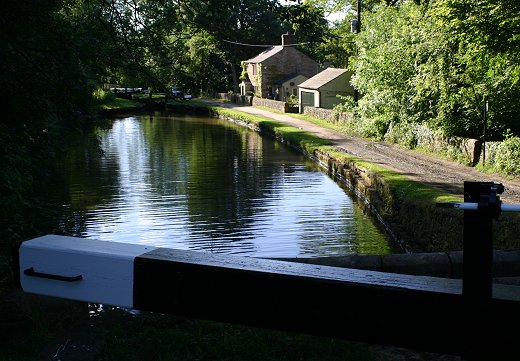 Compare the scene as it is today, taken from the locktail bridge at Lock 2, with the old image from Marple Local History Society archives dated November 1967. Aqueduct House can just be made out in the distance. 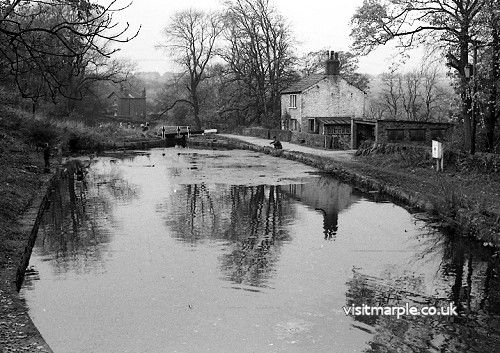 Where the chap on the left is fishing, on the bank opposite Bottom Lock House, was the first of two railway sidings adjoining the canal. This siding, and the second one above Lock 2, were both built to transport materials while the railways were being constructed. It was decided to keep them when construction was finished because they had proved so useful and the line was called the Marple Wharf Branch, giving its name to Marple Wharf Junction where the Rose Hill and Macclesfield line branched off. The siding above Lock 1 was higher than the canal, so it was easy to load from a wagon into a narrowboat, whilst the one above Lock 2 was at the same level to aid transfer in either direction. The branch fell into disuse as canal traffic declined and was eventually taken up in 1900, although there are still traces of it above Lock 2.