Marple’s Lime Kilns were built by Samuel Oldknow in the 1790s on land between Strines Road and the upper reaches of the Peak Forest Canal. Limestone was brought in along the tramway and canal from Dove Holes, burned in the kilns to form quicklime and then sent out again by boat and road for a number of uses in the construction, chemical and textile industries, and as a fertiliser. 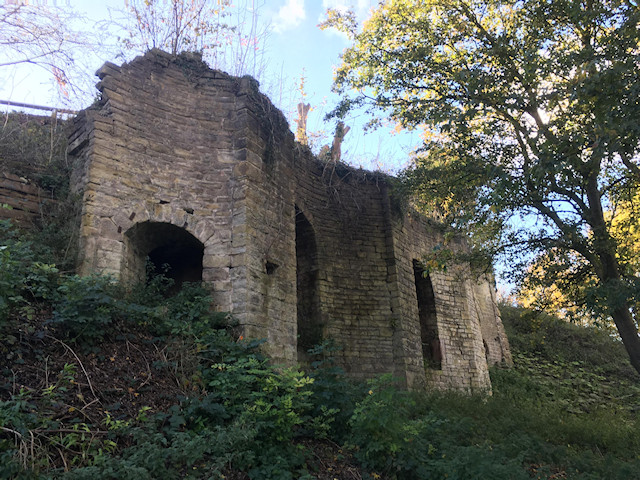 The kilns, built with a Gothic façade so as to look attractive from Oldknow’s home across the valley in Mellor, were unique in that they incorporated living quarters for some of the people who worked there. The kilns had certainly ceased operations by around 1900 and sadly have been largely neglected ever since. They are a Scheduled Ancient Monument, but encroachment by trees in particular means that they are on Historic England’s “At Risk” register. 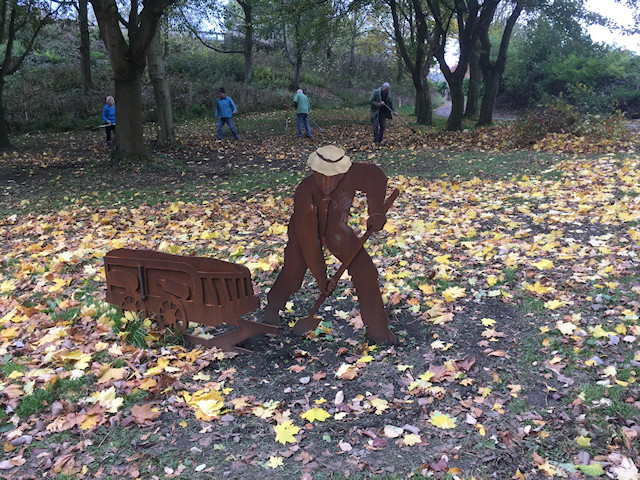 Following the Canal & River Trust’s “Revealing Oldknow’s Legacy” project, funded largely by the Heritage Lottery Fund, the Friends of Oldknow’s Lime Kilns (FOLK) was formed with the aim of working with the council and Historic England to protect and stabilise the structures, while at the same time further enhancing the ‘pocket park’ that lies at the foot of the kilns. We currently have task days on the first Saturday of each month at 10am – please do come and say hello.

The lime kilns can be accessed from two points on Strines Road (follow the signs to the Services Club) and are also waymarked from below Top Lock on the towpath of the Peak Forest Canal.