The Guild celebrated its 65th birthday in May 2011. It was originally founded by a small group of women who wanted to meet socially on a regular basis, but also increase their knowledge on a multitude of subjects, and meetings have been held weekly since 1946. Sadly none of the founder members is still alive.

Meetings are held each Thursday afternoon at 2-30 p.m. in the Methodist Centre, Church Lane, for talks and slide shows on many subjects - some are travelogues by people who have travelled the world, some are about the environment, or local history; one afternoon per month is an "Anything Goes" event, when members have a choice of playing board-games, read, knit hats and scarves for the Christmas Child Shoe Boxes, enjoy quizzes or a sing-song and generally socialise.

There is an annual Hot Pot Lunch, a Birthday Lunch, and a Coffee Morning in Marple Memorial Hall which raises around £500 each year for local or national charities chosen by the members.

Music is a feature at the Guild - there is a small choir, and it is hoped that a small drama group may be formed in the near future.

A newsletter is published quarterly and distributed to members; copies are also sent to members who are maybe ill, or too infirm to attend.

The Marple Guild is affiliated to the Stockport Federation and is a member of the National Union of Townswomens' Guilds.

This friendly and enthusiastic group of women extends a very warm welcome to all new members - why not join them? If you wish, you may attend up to three meetings as a visitor, to see if you like the Guild before deciding whether to join. 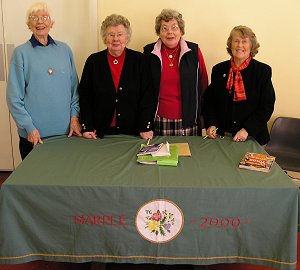 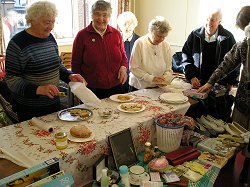